What Is Background Blur With Microsoft Teams?

Remember that hilarious video of a BBC news reporter talking with a professor on camera, only to get upstaged by his family behind him? The professor is sitting in his chair. The door opens behind him and in marches a little arm flaying child. Then a baby wheels in on a rolling chair. Finally, a […]
Schedule Your Complimentary IT Consultation

Remember that hilarious video of a BBC news reporter talking with a professor on camera, only to get upstaged by his family behind him? The professor is sitting in his chair. The door opens behind him and in marches a little arm flaying child. Then a baby wheels in on a rolling chair. Finally, a woman dashes in, stares straight at the screen, freaks out and then drops to the floor grabbing each child. All three scurry away, and the door shuts behind them. The professor is stunned, embarrassed and apologetic. He didn’t have Microsoft Team’s Background Blur that blurs video backgrounds, but his video did go viral. 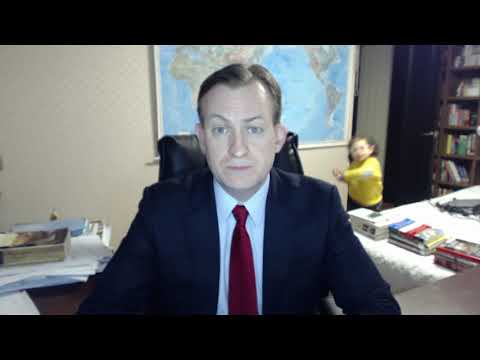 What Is Microsoft Teams and Background Blur?

Microsoft Teams is a platform of cloud-based team collaboration software. Teams are only one part of the multiple suites of applications offered by Office 365. The core capabilities in Microsoft Teams include file sharing, calling, business messaging, and video meetings. Businesses of all sizes can use Microsoft Teams.

One of the main features inside Teams is Background Blur. According to Microsoft Team creators, the new background blur feature was added and permits users to remove embarrassing distractions and have only the focus placed on the individual, and not what’s behind them. The feature is currently available to all Microsoft Office 365 commercial customers and clients of Microsoft Teams and has discovered the capability is already available within their video calls.

Background Blur was announced back in July 2018. Along with getting the free version of Teams, users can now blur the background of their video calls. That feature is still currently available. However, if you don’t read the fine print, there are issues with performing facial recognition most don’t know. The blur feature is an AI-driven feature, and it will use facial recognition to automatically blur out your background while the individual is in a video meeting using Teams.

The technology to perform facial recognition, that identifies the person and understands where the background to be blurred begins and where the environment not to be blurred ends. The technology only runs on computers recently equipped with Advanced Vector Extension 2 (AVX2) graphics installed. AVX2 is what Microsoft Teams must use to blur the background after it figures out the position of the user.

Advanced Vector Extension graphics get supported when a computer has a post-Haswell chipset. If your current tablet, laptop or desktop background blurring is working, then you have the needed chipset; but if it’s an older device, it may not function. Also, be aware that a computer’s CPU has quite a bit of processing to do to locate a face and then blur the background. If you are running a loaded system, it will impact any other work on your PC that is in progress.

How To Blur Your Background During Your Video Call?

To start blurring your background, during a video call, you have two options you can try. Press the CTRL+Shift+P combination. If things go blurry, during your video call, you know that your PC has this feature.

Now let’s say you want your background already blurred, as you join a meeting before others see your video. It’s easy. Toggle the Video Blur icon to remove distractions from the start.

Let’s Go Ahead And Summarize What We’ve Discovered Did you find this article informative? If you liked this one, check out our other content we think you’ll find interesting.