What is a Blockchain? Can It Create New Business Opportunities?

What’s A Blockchain? A “blockchain” is basically a financial record similar to that of a spreadsheet, only for bitcoins and other forms of cryptocurrency available publicly and online. As the use of cryptocurrencies has evolved, it has created some innovative business opportunities. According to MIT Technology Review, the transparency and trust created through them have […]
Schedule Your Complimentary IT Consultation

A “blockchain” is basically a financial record similar to that of a spreadsheet, only for bitcoins and other forms of cryptocurrency available publicly and online. As the use of cryptocurrencies has evolved, it has created some innovative business opportunities. According to MIT Technology Review, the transparency and trust created through them have increasingly facilitated trade across the world in a number of ways. 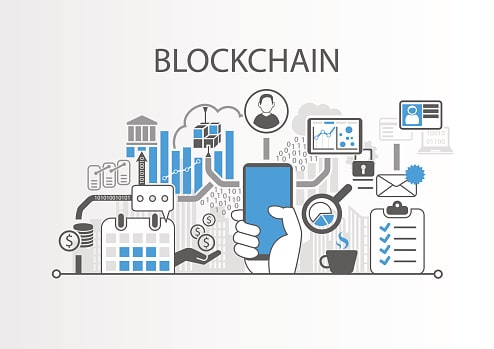 First of all, they are publicly available, and access to the records is superior to that of public access to annual company reports. Many organizations do not produce annual reports out of a lack of obligation. The extent of transparency and detail in blockchain records generally exceeds those provided through annual reporting methods. This can allow investors to have more insight into trends and opportunities for investment, trade, and other forms of business growth.

The Rise of Bitcoin and Other Cryptocurrency

Bitcoins are the most common form of cryptocurrency recorded in these newer and more unique forms of financial transactions. They were initially used in 2009 with some trepidation, but have become so popular that, today, you’ll find hundreds of different forms of digital currency, now generally referred to as cryptocurrency.

Soon after the bitcoin was introduced, people began developing cryptography tools for public use, including the blockchain. Cryptocurrency was considered valuable because it provided a global means of completing financial transactions. Due to the complex nature of the bitcoin, it is nearly impossible for individuals or organizations to spend the same bitcoin currency twice.

This successfully addressed the previous challenges with digital currencies and effectively removed the demand to establish and maintain a central authority to mediate such electronic exchanges. Cryptocurrency transactions can be difficult or impossible to trace. That’s why they’re most often used by hackers when requesting ransomware payments from their victims.

Approximately two years after introduction, bitcoins grew from novelty to the preferred payment method in online commerce. “Altcoins,” a comparable cryptocurrency, were developed after bitcoin as an alternative form of digital currency but used the same open-source code for bitcoin. There were some slight differences between the two.

At this time, approximately $1 billion dollars’ worth of bitcoins and other cryptocurrencies are in circulation. Developers realized that blockchains could be more useful to other areas of common business operations as well. Normal steps in the development and use of a blockchain include the establishment or creation of a business transaction. This most often involves the sending of a form of cryptocurrency in exchange for a product or service. They’re also used for all types of investment and financial transfers.

The placement of a line of code representing the transaction as a ‘smart contract’ is initiated when specific conditions are met within the program. The sending of a broadcast to an access network on nodes and the ongoing listing of node subsets are referred to as ‘blocks’ within a ‘chain.’

More on the steps in the creation of blockchains and their history is available through MIT Technology Review.

What Other Uses Does It Have Currently?

With the fundamental added advantages of business transparency and prediction potential, blockchains have created exciting new business opportunities. According to Ignite, as their popularity has grown, they have affected a range of indirectly related aspects of business ranging from the manners by which banks transfer money to how medical records are handled.

Also referred to as ‘shared ledger technology,’ the transparency and trend perception is expected to become commonplace for the majority of business transactions. With over half of businesses now using them, increased opportunities for investors and small businesses, in general, are expected to escalate for an overall positive economic impact.

The use of cryptocurrency increases competition, diversification of products and services, and increased trade opportunities around the globe.

An example of improved business opportunities on a larger scale is the case of the New York City Depository Trust and Clearing Corporation, which began to use blockchain to more successfully facilitate their transactions. Experts attribute this to the success of $11 trillion dollars’ worth of transactions funneled through cryptocurrency technology.

More specific business uses include their infiltration into the banking system, once hesitant to use this form of digital currency. Cryptocurrency was originally thought to be unstable, as it was not backed by gold or other tangible assets. But today, many financial institutions have accepted the use of digital currency due to the increased speed and safety in making financial settlements.

Additionally, other organizations can increase efficiency by using the smart contract in the automatization of their agreements, with high potential for increased speed especially applicable to supply chain management and manufacturing. In addition to transparency, there is increased accountability, helping organizations to experience increased security over previous forms of common practice in transactions and records. This is why, as introduced above, the technology is even beneficial to the healthcare industry and medical records. More on how these areas, communications technologies, and other industrial developments can benefit from blockchain is available at Ignite.

According to The Economist, blockchain and smart contracts have even benefitted the way companies pay employees, the nature of cloud storage, and electronic voting. It seems increasing use and development continues to give rise to further opportunities, as organizations realize the potential benefits of using cryptocurrency and block chains over traditional financial transactions.

Can You Use Blockchain?

If you have the resources and other means required for conversion, your organization could benefit from blockchain if you are seeking increased security or efficiency in:

Even if your organization does not have a strong emphasis in any of these areas, the increased transparency and universal appeal of cryptocurrencies may be sufficient to warrant gradual integration.