Amazon’s Treasure Truck is an idea that effectively pairs the concept of a good deal with a funky delivery method. Amazon, a company that has clearly been instrumental in pushing the envelope, has been providing a fun and innovation addition to its stable to Seattle residents for about a year now. The Amazon Treasure Truck […]
Schedule Your Complimentary IT Consultation

Amazon’s Treasure Truck is an idea that effectively pairs the concept of a good deal with a funky delivery method. 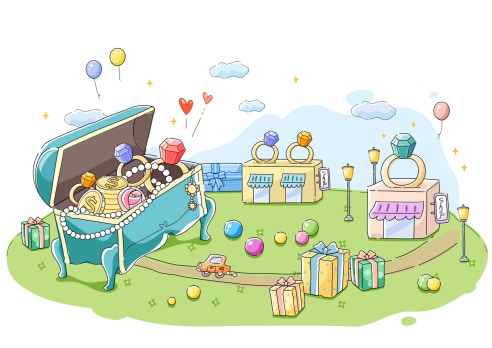 Amazon, a company that has clearly been instrumental in pushing the envelope, has been providing a fun and innovation addition to its stable to Seattle residents for about a year now. The Amazon Treasure Truck is a concept that is just as much about delivering items quickly as it is about providing fun services that no one else is able to match on the same scale right now.

Every day, the Amazon Treasure Truck carries on it a different deal. Those living in Seattle can use the Amazon app to purchase the deal of the day. Usually, participants choose to receive a text message that alerts them to what that deal is so they can act quickly enough to snag it before it sells out.

Once the treasure that is offered by the truck is purchased, the buyer is told where the Treasure Truck is located so it can be picked up. The truck is stocked up several times a month with deals that can range from food items like Alaskan cod filets and turkeys to game consoles from industry leaders such as Nintendo and stand-up inflatable paddleboard sets.

3. Everything is Limited with Amazon’s Treasure Truck

The most important thing for consumers to remember about Amazon’s Treasure Truck is that it is limited. Currently, it is limited only to the Emerald City of Seattle — though there is talk that it might be appearing in London soon. However, this has not been confirmed by anyone at Amazon as of yet.

The other limits have to do with what the Treasure Truck offers and its availability. The products that the Treasure Truck has are offered for one day only. If a particular day’s deal is missed, it isn’t able to be purchased the following day. Due to the extremely limited quantities of these offerings, Amazon has established a quantity limit of one per customer to allow everyone the opportunity to enjoy them.

True to their return policy that made them an online industry leader, Amazon makes it easy for customers to return items purchased via their Treasure Truck. In fact, to streamline the process, all Treasure Truck items follow the same general guidelines for returns that Amazon has online.

If a consumer purchases a Treasure Truck item but misses their pickup location and time, it’s simple to cancel the order. By going to the Amazon app, the order can be canceled from the Treasure Truck app’s homepage.

5. The Treasure Truck Makes it Easy to Get the Community Involved

Not only does the Amazon Treasure Truck concept make it easy for Seattle residents to purchase daily deals of high-quality items that are of limited quantities, it also makes it simple for the community to get involved in other ways. Amazon encourages locations that have an outdoor parking lot to let the Treasure Truck park there for customer pick up. They also invite anyone who has a product to contact them about selling on the Treasure Truck.

We like to keep you up-to-date on the latest innovations in an effort to highlight the ways tech is important to our everyday lives. If you have a tech idea that you think is noteworthy, contact at info@spadetechnology.com or (508) 339-5163.